Pearls On a String

Pearls On a String 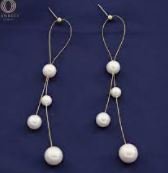 High Stick, Cornhole, Ozone, Steely Dan, Weed, Nails, Bulldog
Was looking forward to a great Stick Shift Q, he’s always got something fun planned out. Unfortunately he was under the weather and so YHC substi-Q. PAX wanted Sticky btw.

Quick warmup
Run to the school intersection, more warmup
Run to the bridge, dips
Run on top of library hill, then bear crawl back down hill
Run to Hightower office parking, from one end to the other we did side squats. Basically its a squat, then rotate the left foot out 180 degrees, then squat and right foot rotates. I know you are fairly confused now, its just squat with a bit of rotation moment in between to engage our balance and core.
Run past Starbucks made the announcement for the coffeeteria. Stopped at intersection for some big boy situps.
Run back to shovel flag to the bench for variations of pistol squats. The true pistol squat uses only one leg, we did steps ups but planted one foot on the bench, did 20 squats and then switched to the other foot. Did several rounds of that. Same concept as pistol squat where one leg is taking on more weight. It burned a lot, lots of complains from PAX.

MARY: 10 burpees and 20 hammers.
Heard complaints that there were too much running, as in too much string, pearls are too far apart. Here you go, that picture shows it can still be elegant.
Great morning guys! Really enjoyed it. Then Weed, Nails and I met for coffee.