What began with a simple conversation last spring with Thumbs-Up (a visiting #HIM from Lexington, SC) turned into Natville’s inaugural Cross Ruck event. Hosted by the Pax of F3 and open to all. The goal of the Cross Ruck was to seek an understanding of how the life & teachings of Jesus can inspire community leadership and brotherhood over 2000 years later. Better said; how can we disrupt the status quo, live #IAMThird and lead a High Impact Life?

In typical F3 fashion, 5 brothers of the #gloom were present at 0425. By 0427, 63 other attendees had rolled in. And so, at 0430, the newly formed Pax was called to something resembling “order” for an overview of the mission of F3, the importance of all three Fs and some general housekeeping. #SafetyFirst

Then the following was shared:

“No matter where you stand on the religious spectrum, Jesus is a fascinating man whose words and actions transcend time, who personified a grace-filled life and whose death is what brings us here this morning.

Take a moment. Think about our community. What is great about it that you feel called to preserve? What is broken about it that you feel called to fix? What’s stopping you? Is it lack of resources? Lack of education? Is it fear? Pain? Self-doubt or loathing? Hold that thing in your mind as we journey together. Allow yourself to carry that burden openly and amongst these people.”

Before we launched, Frank centered our hearts & minds with a moment of silence and then the opportunity to shoulder even more “burden” was offered up. #Tclaps to Smokey, a 35lb. & 50lb. sandbag were made available along with a #BattleRope looped for carrying.

What follows contains logistics of our stops as well as inspiration for the messaging delivery.

Excerpts in RED come from the “Journal of the American Medical Association” found HERE.

Finally, the Cross Ruck itself was designed to be experienced. And so a proper retelling is far beyond the grasp or ability of YHC.

4:35AM – Ruck 1 mile to the Garden at the Greensboro Historical Museum 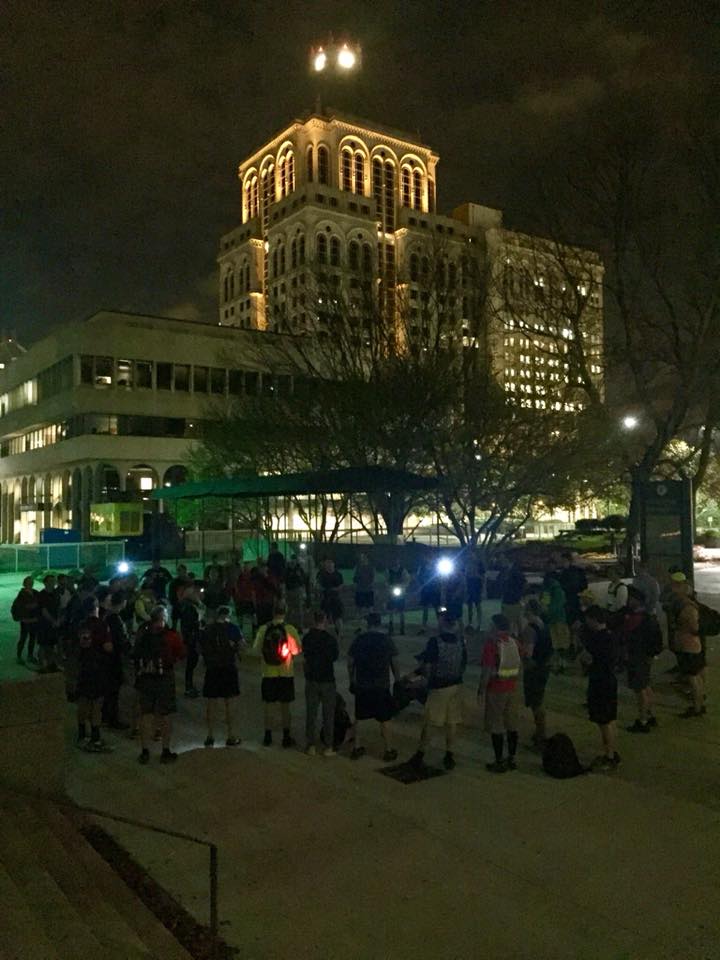 6:10 AM – Ruck .5 miles back to Grace United Methodist Church

Today was a labor of love that we hope will continue each year. And, an event designed to challenge and remind each of us that we have so much to give to the world. Thank you to all that could be a part of the journey to the cross. YHC’s hope is that you found what you were looking for… and so much more.